NLP has a set of beliefs, expressed through what’s called the NLP presuppositions, that help us to become more successful in our lives and help us help others more effectively too. The presups are culled from the attitudes and belief systems of some of the world’s most successful therapists. But beliefs are funny things. Everybody has different beliefs and their beliefs have a lot to do with what they accomplish in life. The NLP presuppositions are extremely useful, but here’s a piece of news… 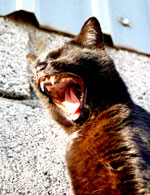 Years ago, I was helping teach an NLP Master Practitioner class. Often, right before we went to lunch I’d do a group induction with some general suggestions of well-being and effectively absorbing and utilizing the material we’d covered. One time I mentioned childhood. “Go back to a pleasant memory,” I said. “It could be something as simple as watching the water flow by in a stream or looking out a window at a pleasant sight or even a pleasant thought you had as a child.” Afterwards, we broke for lunch and a woman approached me. “Not everyone had a pleasant childhood, you know,” she said.

The Meaning Of Your Communication Is The Response It Elicits

The meaning of your communication is the response it elicits is an NLP presupposition. It’s designed to get us NLP folks to be flexible in our communication. If we look at our communication as achieving an outcome, what do we do if we don’t get the outcome we’re after? Why, we change our communication! That’s a powerful frame. Let’s say we want to hypnotize someone and we say in a soft voice, “relaxing now,” and they tense their shoulders. We thought that communication meant “relax.” They thought it meant tension. So, with curiosity, we might experiment with different communications until we get the result we’re after–namely trance. It takes communication out of the whole, “I said this but she didn’t listen” thing and in to a “My job is to help that person to a particular response. What do I need to do to help get them there?” thing.

But It’s Not True

But the meaning of your communication is not the response it elicits. I mean, if you run into a person on the street and say “Hello,” they could take it to mean that you want to transplant a walrus brain into their skull and take over Madagascar. That’s a meaning they totally made up (I hope). Maybe you meant “Hello.” So more accurately, the presup might be expressed as, “The response you get from a person is related to the meaning they made up in their head, about your communication. And if you want a different response, communicate differently.” If you think about it long enough, you might come to the conclusion that nothing has any meaning beyond what we humans give it. And we’re free to give any event, communication or circumstance any meaning we like. Just look at all the different meanings people give to the same event. And if you’re making up all the stuff in your head, you might as well make it pleasant in there. That’s an extremely powerful frame. One that scares a lot of people.

Where Is Personal Responsibility In All This?

When it’s my job to help someone, I take a lot of responsibility in tailoring my communication to help them get their outcome. They’re paying me to do that. In my personal life, sometimes it’s a different story. After all, if you say hello to someone and they think you’re trying to steal their brain, I think they have to take some of the credit for that thought. How I respond depends on what I’m after. I may be walking home from the grocery store and choose to ignore them. I might want to have fun or to be social or to get back to work. In these cases, my communication is based on getting myoutcome.

Sometimes I’m still astounded by the meanings people come up with from what I say. “That’s what you got from that?” If I suggest someone goes back to their childhood and finds a pleasant memory and they go back and find a crappy one, they did that. I’m not saying everyone had a pleasant childhood. I am saying that everyone had pleasant moments in their childhood and—I don’t control anyone’s brain!  Another way of putting it is, if that’s what they got out of it, the meaning they just made in their brain seems crappy to me. But hey, it’s up to them. Back to the presuppositions and their “truthiness.”

They Aren’t True! Why Do You Teach Them?

There’s a difference between true and useful. A map is not a perfectly true representation of the area it represents. Yet that map may be useful in getting us to where we’re going. A bunch of the NLP presuppositions aren’t strictly true or aren’t the whole picture, at least. The presups are not just useful but incredibly useful as a map for helping people overcome their problems and in straightening out our own thinking too. They are some of the most useful frames I’ve ever experienced.

A belief that’s too restrictive can limit you. If you don’t believe something is possible, you may not even try. As an example, some people don’t believe it’s possible to lose weight and keep it off. They are defeated before they start. And a belief that’s not grounded in reality can lead to wasted time and effort. You can’t literally fly to the moon just by thinking positively about it. It may be better to concentrate on things you can accomplish. For me, the sweet spot has to do with achievability and utility. If there’s something I want to accomplish, I first think about whether or not it’s achievable. Has someone else done it? Has someone done pieces of it? Has someone done something parallel to it? In other words, is it possible? The NLP well-formedness conditions can help with this task. If I decide it’s possible I ask myself, “What beliefs would help me achieve it?” Those are the beliefs I want to take on.

But I think it’s important to remember that a belief may be good for a time or for a specific context and not another. Our beliefs change as we grow. If we want to be ready to grow, we can be ready to change our beliefs when they aren’t serving us. More about The NLP Presuppositions here and here… More about how to change beliefs.