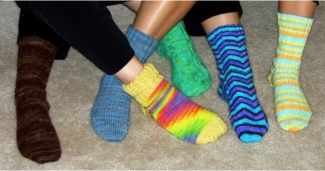 One of my favorite exercises when teaching NLP is the agree/disagree rapport exercise. It shows the influence physiological rapport techniques have on us. Plus, it shows how unconscious processes drive the way we feel, much more powerfully than many of us realize.

In case you don’t know, NLP rapport techniques involve matching behavior. When generating rapport, we might position ourselves to have similar posture, breathe in rhythm, use similar language, speak at a similar rate and with similar tonality etc. In general, the more similarly you can act (without imitating), the more rapport you can generate. But the agree/disagree exercise is different…

The two subjects match behavior (they’re both responsible for matching each other) and talk about the subject they disagree on.

Then, they deliberately mismatch behavior as much as possible and talk about the subject they agree on. If there’s a third person, they can give feedback on the matching or mismatching.

It’s weird. Most people report that, when matching and disagreeing, they felt like they really didn’t disagree. “We agreed to disagree,” is a comment I often hear about it. When they agree and mismatch, they often felt like they were arguing or didn’t want to agree.

A few people report that they have difficulty maintaining the behaviors they’re supposed to. In other words, their feeling drives their behaviors and it’s difficult to stop.

Grab a partner and do this. It’s a lot of fun and gives you a tangible idea of how much these unconscious processes affect us emotionally. And once you recognize the influence rapport has, there’s no going back 🙂