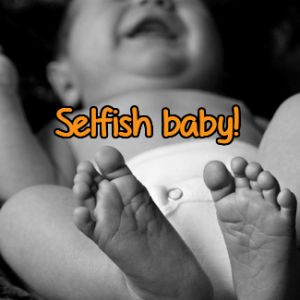 Reframing is the heart of NLP. Hypnotic suggestion results in reframing. Anchoring can cause reframing. 6-step reframing is, uhm, reframing. In the end, people come out of a successful session with a different perspective, or, “frame” about whatever they wanted help for. That frame can be conscious, unconscious, or both.

Reframing can be particularly useful, when a client presents a limiting belief that is getting in the way of the goal of the session. In this article, we’ll go over a simple strategy for direct reframing, that you can use right away.

Let’s look at the belief equations that she’s expressed, or implied.

Which Belief To Reframe?

Now, a lot of people would instinctively go for reframing the idea that putting yourself first is being selfish. And that’s a valid approach. But here’s my thought on that. I bet other people have already thought of that, and tried that approach with her. I figured a more unusual angle might be better.

I went for the angle that she didn’t have the capacity to be selfish. “I understand that you were extremely selfish as a baby.”, I said. “You would cry, and wake everybody up, when you were hungry, lonely, or just felt like it. You didn’t care if it was the middle of the night. I hear that you were so selfish that you would literally crap yourself, and instead of doing something about it, you’d just lie there and whine, until somebody came and wiped your butt for you!”

I went on for a couple of minutes about her lack of attention for the concerns of others when she was a baby. She was laughing, and I was exaggerating. Then I switched gears.

The goal was to soften up her beliefs about selfishness, to create an opening for an intervention to work.

So, how did I arrive at those reframes? Well, they both used the same strategy. It’s a simple question that you can ask yourself about any limiting belief you, or a client has.

When Is That Not True?

So, a client may wish for help stopping smoking, and tell you they don’t have the willpower to do it. You can ask yourself the following.

Childhood can be a good source of resources. Unless a child is mentally or physically impaired in some way, they learn to walk and talk — both extremely complex tasks that require thousands of failures before you can do them properly. So, you can use those examples. Erickson used to use lots of things from childhood. It has the added benefit of a tendency to regress.

Or you could go for the ‘you don’t need willpower’ approach. When do you not need willpower in order to do something? One answer (among many), is when there’s an automatic behavior. “You know how, when a fly comes at your windshield, you automatically blink? That’s programmed in. You don’t need willpower to do it, it just happens. Hypnosis uses the same sort of programming. Your rejection of cigarettes will be just as automatic. You’ll rarely need to use willpower.”

So, that’s a simple approach to come up with reframes to challenge limiting beliefs. Let’s do one together. . .

Using the “When is that not true?” method, how would you reframe a belief that it takes 6 weeks to learn a new habit?