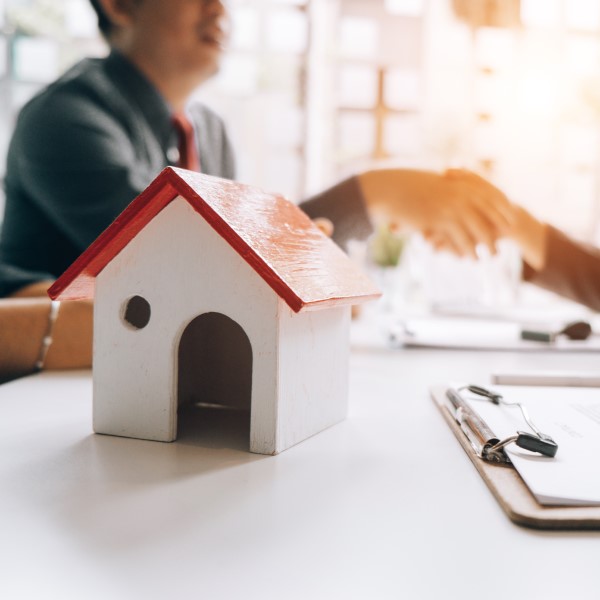 Or…What a rental agent can teach us about NLP, hypnotic language and setting frames.

I was renting a new property the other day and a gal from the property management company asked me to come by, give them some dough and sign a paper stating that I would lose the money should I back out. I said, “OK, I’ll need to take a look at the lease.” “Well,” she said, “you’re not signing the lease today. You don’t have to sign the lease until you actually move in. You can look at it then.”

I told her I wanted to have my legal guy take a look. She told me I couldn’t take a copy with me. “We can’t have just anyone walk out with a copy of our contract. It costs a lot of money to get those written up. Of course, once you sign the lease the law requires us to give you a copy. You’ll get one then.”

The frame is the context through which you consider a situation–the frame of reference. The frame is incredibly powerful. Here are some examples…

Frame 1: Do you want to stop terrorism?
Frame 2: Do you support racial profiling?

After 9/11 a television network asked Americans if they would support the screening of people that looked “Middle Eastern” at train stations and airports. Many of them said they would. When asked then if they supported racial profiling, most said no–even though pulling someone out of a line at an airport because they look Middle Eastern is racial profiling! It’s the frame that makes the difference.

Frame 1: Do we want to save people’s jobs?
Frame 2: Do we want to, as taxpayers, give our money to help a company that can’t stay in business by itself?

Recently, the big 3 automakers went before congress and the senate asking for money in order to survive (shortly, there will be no such thing as “the big 3”). The automakers did their best to frame the mess as “If we don’t get help, a lot of people will lose their jobs.” Critics of the bailout ask why we should take money out of our pockets to help out incompetent executives and support companies that are not viable.

If you were asked if you wanted people to lose their jobs, you’d likely answer “no.” Do you want to throw taxpayer money away? Also no. The group that most successfully frames this issue wins public opinion.

A culture know as the Dorset culture may have left 1500 year-old etchings–mysterious faces carved into soapstone at Qajartalik Island, off Quebec’s northern coast. Let me ask you a question… Do you believe in defacing artwork of ancient, defunct cultures?

Well, someone does. The chief suspects are a group of Christians from a nearby Inuit community. Nut job religious groups often frame acts they normally would never consider as “doing God’s work.” There are a lot worse examples of this than defacing artwork!

In therapeutic hypnosis and NLP, in persuasion, in buying a car or dating, setting the most advantageous frame is of prime importance.

In therapy, your clients will likely come to you with a problem they’d like to solve. They probably do not have a frame of reference that helps them to solve that problem. If they did, they’d likely have solved it themselves. So, what frames are most useful?

Here are a few to get you started…

* What we are doing now is different than what you’ve tried before to solve this particular problem.
* What we are doing now is similar to ways you’ve solved other problems.
* You have an unconscious wisdom that will help guide us.
* You have the internal resources to solve this problem–we just have to locate and activate them.
* The pattern that produces your problem works consistently. We are going to alter the pattern to produce results you like better. The good results will be just as consistent.

Back To My Rental Management Company

There were several frames my rental agent was trying to set. The least favorite of her overt frames were…
…”Signing this first contract is no big deal. It doesn’t commit you to much of anything.”
“The lease is set in stone. You can not change the lease. All you can do is sign or not sign.”

Unspoken or covert frames she wanted to get across included…
…”Everybody does it this way. Why would you question it?”
“The lease is our property. Our role is to write it up. Your role is to sign it. You’ll see it when we allow you to.”

The frame I am most concerned with her setting was “We are going to be difficult to deal with.” We’ll see.

At any rate, after I got done laughing, I suggested I have my legal guy come by and take a look at the lease at her office. Since she had stated that the problem was the lease leaving the office she had to agree out of consistency with her earlier position. We looked at it. It was fine.

Frames are generally unconscious filters for a situation. Because they’re often unspoken and unrecognized they can bypass our critical factor and go straight in as meta-suggestions. They can be highly hypnotic and highly covert. If you’re a therapist, beware of frames your clients may put out there that get in the way. Frames such as “This is going to take a long time to solve.”

If you are in sales, set your frames carefully. What frames give you the best advantage in selling and long-term customer satisfaction?

I’ll leave you with this thought…

Let’s suppose you’re single and meeting someone you’d like to know better. They ask you about yourself and you pull out pictures of yourself laughing and having fun with different groups of people in different exotic locations. What frames are you setting about yourself? Do they make you more or less attractive? Are they true?