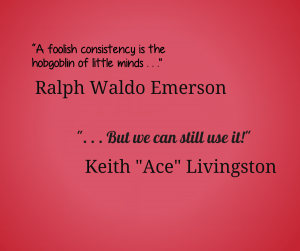 Beliefs Can Get In The Way

Sometimes people have beliefs that get in the way of their progress. And when you’re helping someone overcome an obstacle they’ve found difficult to overcome in the past, it’s likely that their beliefs play an important role. An important part of NLP is reframing those beliefs–helping the client understand that what they thought was a liability may be an asset (or at least neutral).

As you probably know, hypnotic suggestion will work as long as there’s not a stronger counter-suggestion already present in the unconscious mind. Disempowering beliefs can act as counter-suggestions! Once those beliefs are more in line with the goals of the session, the change they want will be much easier.

Example: A client might say “I’ve tried everything” to stop nail biting and “nothing works for me.” Well, if you hypnotize them and suggest that they stop, they may reject the suggestion as it runs counter to their belief. Loosen up that belief and your suggestion have a much greater chance of taking.

How do you loosen up or change those beliefs? Reframing.

Reframing means changing the frame of reference. Jokes are often reframes. When you discover that an old piece of junk you have lying around the house is a valuable antique–that’s a reframe. When helping people, the idea is to change the frame of reference so that a person is more resourceful.

Reframing is pretty straightforward. You simply label what the client presents you as good. Sometimes when I’m reframing, I think of an interchange between Howard Cosell and Muhammad Ali. Cosell said, “Muhammad, you’re being extremely truculent.” Ali replied, “Whatever that is, Howard, if it’s good, I’m it.”

The practical application of reframing takes a bit of practice. Here are three strategies for generating helpful reframes.

* When a client presents something as a negative, ask yourself “How is that good?”

* When a client presents something as a negative, ask yourself “In what context is that ‘problem’ an asset?”

* When a client presents a behavior as a negative, ask yourself “What ability does that behavior presuppose,” then “Where is that ability useful?”

* You can help a client shift the meaning of an event or attribute. Ask yourself, “What other meaning could this event/attribute/behavior have?”

My friend Michael Bennett tells a story about a client who was good at spotting problems. Michael’s client viewed spotting problems as “being negative,” and wanted to focus more on being positive. The client was a contractor by trade. Michael pointed out that, as a contractor, spotting problems was extremely important. The client began to view his focus as a valuable ability. He then framed each time he found a flaw in a construction project as a positive–something someone without his ability may have missed.

I had a client who would start a new job with enthusiasm but then would begin to vividly imagine things going wrong at the job. He would then get depressed about his future.

His ability was to create compelling imaginary scenarios and have them affect his emotions powerfully. Where is that useful? Well, goal setting for one! The reframe might be, “I can see how, when you think of things going wrong on the job, that it would make you feel bad. I wonder how it’s going to be when you turn that powerful imagination you have to creating the kind of future you want to have. Do you think it will affect your feelings as strongly?”

When a client says they’ve been smoking for 20 years, their meaning may be “stopping will be difficult.” What other meanings could smoking for 20 years have? Well, for one, it probably means they are consistent! Won’t that come in handy when they stop?

“Wow, 20 years huh? Have you smoked consistently throughout that time? So, once you got into this habit you stuck with it! It will be so valuable to use that ability to stick to things once we create this new habit.”

The people I’ve seen who are really good at helping people are relentless with their reframing. It’s not one or two reframes in a session–it’s a constant barrage of reframes, all leading toward achieving the goals of the client. Be relentless. Get good. Enjoy!