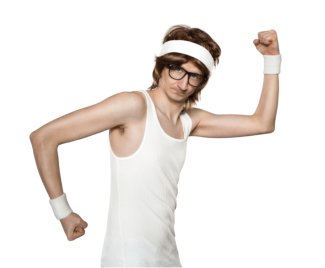 Whenever someone tells me about a difficulty they are having, I know there’s an ability hidden in that difficultly and I think “Where would that ability be useful?”

How does that work and why is it important? Well, it all ties in when one of the most important NLP and hypnotic skills — reframing.

Reframing helps change meaning. Changing meaning helps us make the kinds of changes we want to make. For instance, if smoking means freedom or relaxation to someone, it’s best to change that meaning if they want to stop smoking. And getting those same good feelings from not smoking helps even more (freedom from cigarettes and being relaxed not having to smoke, for example). These reframes go a long way to helping people change.

It’s an ericksonian concept (Milton Erickson, the great hypnotherapist) to use “problems” as “resources.” And that ties in with reframing.

The other day I was working with a client who was feeling feelings of anger and sadness due to a breakup. When I asked her to image herself feeling the way she wanted to feel, she had difficulty doing it. That’s perfectly natural. It can be hard for anyone to imagine themselves feeling wonderful when they’re feeling terrible. This client could imagine feeling confident and peaceful but it didn’t seem real to her. She (quite reasonably) doubted her ability to get to good feelings such as confidence and peace. After all, she was feeling anger and sadness.

But think about this…

Feelings Come From Our Imagination

The anger and sadness were born of her imagination too! If you’re sitting around feeling angry or sad or confident or blissful, you’re probably imagining something. In NLP parlance, we say “The Vs and As lead to the Ks.” In other words, the visual imagery in our mind’s eye and the sounds we create in our mind’s ear, lead to our feelings.

This client was thinking thoughts that made her sad and angry but when she tried to make thoughts that would make her confident and peaceful, she couldn’t get those good feelings.

So, here’s where the question comes in that makes all the difference…

What Is The Hidden Ability And How Do We USe It?

She was having thoughts (about confidence and peace), but she didn’t have the feelings that go with them. Where would the ability to have thoughts about but not have the feelings be useful? Well, what if she could take the thoughts that were causing anger and sadness and have them not affect her either?

Well, in this case, we explored exactly what she was doing in her mind to make her not feel one set of thoughts. When she tried to imagine herself confident and peaceful, she had a voice come up that said, “This is B.S.” (I’m paraphrasing). That voice made her doubt the imagery she was making and then she didn’t get the good feelings (there was a lot more to this but the voice was the driver). I simply commented that she could use the same voice when she had the thoughts that previously made her angry and sad.

In short, it worked this way.

The client reported back that we were successful in getting rid of the feelings of anger. It wasn’t successful with the sadness. Progress though!

PS: You can, of course, apply this strategy to many, many places in your life (or in your client’s lives). Use the same process by asking yourself what abilities are hidden in your “weaknesses” and where you could use those abilities. Apply. Rinse. Repeat.