The Apply To Self Sleight of Mouth Pattern 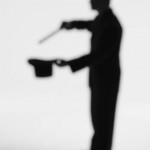 A friend of mine was watching the Dr. Phil show recently and Dr. Phil landed a good re-frame.

A re-frame is a way to get a person to deeply reconsider something–to shift a belief about something. It’s useful when people are stuck, to help them re-consider the beliefs and attitudes they have about whatever they’re stuck about. In other words, if things aren’t going the way you want them to in a particular context, the way you’re thinking about that context and your beliefs about that context may be keeping you stuck.

Once a person is in that re-considering mode (or at least confused about what might be true), they’re much more open to input on the subject.

According to my friend, there was a gal on the show who was making herself sick with her perfectionism. Dr. Phil said, “Then your perfectionism is itself, imperfect.” The girl went totally blank–“total brain twist,” in the words of my friend. It’s in that state that a person is more open to new ideas. Put another way, until the person is looking at things differently, it may be extremely difficult to get them to change.

As an example: let’s suppose you know someone who is convinced they will never be monetarily successful. Maybe it’s as the result of suggestions their parent gave them early in life. How easy will it be to get them to change their spending or saving habits if they’re convinced it won’t do any good?

If you’re working with a person like that, it’s useful to get them confused as to their beliefs about money.

Jumble It Up, Toss It Back

The Apply to Self Sleight of Mouth pattern takes the client’s words/concepts, jumbles them up in a way that’s useful and tosses them back. It typically applies the belief to itself. Another example comes from Michael Bennett. Just the other day, I watched him working with a person who believed he was difficult to hypnotize. He’d been told so by a hypnotist! Michael looked at him and said, “You accepted that suggestion.” The result–confusion–then trance.