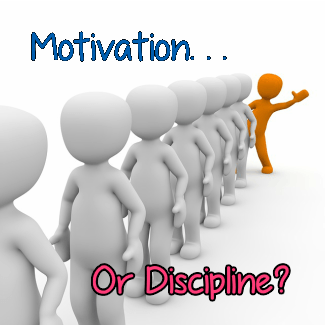 I saw a video recently. It was former Navy SEAL commanders talking about motivation as opposed to discipline. Discipline is when you do something no matter how you feel. Motivation is when you get pumped up to do something. I thought that was a nice reframe to talk about. In other words, I found it a particularly effective for me 🙂

An Example Of An NLP Sleight Of Mouth Pattern Called ‘Redefine’

Obviously, that’s a belief that might get in the way of progress in a session. If you were giving them suggestions that they would be motivated to exercise, these suggestions might do battle with that pre-existing belief. And any time before they were hypnotized, and you talked about how you were going to help them, they might be thinking internally, “That only works for motivated people”, or “This isn’t going to work for me”. Those internal suggestions are going against the ones you’re giving.

Redefine To The Rescue!

Regular exercise doesn’t take motivation; it takes discipline. And discipline is developed like a muscle — the more you use it, the stronger it gets.

In ‘redefine’ terms, X does not = Y (Regular exercise doesn’t take motivation), it = Z (it takes discipline), and that’s W (that’s developed like a muscle).

Can you see how this sidesteps the belief and potentially puts the client into a space of thinking they might be able to achieve their goal? You could even follow up with something like this. . .

“Do you brush your teeth every day?” (Client nods yes.) “Do you get yourself motivated to do it, or do you just do it?” (Client indicates that they just do it.) “That’s what I’m talking about. It’s discipline, and does not require motivation. And with brushing your teeth, and many other actions, you’ve proven that you can do it. All we have to do is apply that same discipline to exercising regularly. Let me show you how.”

So, if this all has the hoped for impact, the client will now be much more open to any techniques or suggestions you bring to bear on the situation. If they’re not, there’s likely a more generalized belief getting in the way.

It’s Not About Discipline Or Motivation

A certain percentage of people will read this and begin telling many of their clients that it’s all about discipline and not about motivation. But that kind of thinking is a trap. What if your client is motivated, but thinks they need discipline to achieve the goal, but they don’t have discipline?

You might find yourself reframing in the opposite direction!

That’s what I’m talking about when I talk about process vs. content. The content is about motivation or discipline. The process is finding out what belief is getting in their way, and reframing it. It doesn’t matter if the belief is about discipline, or motivation, or genetics, or that ‘change is not easy’. You find it, you reframe it.