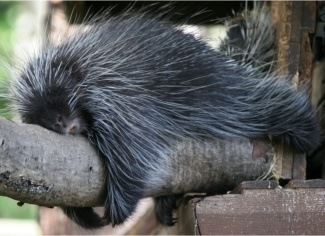 A while back, in, “Self-Conscious/Nervous? Simple Hack Helps“, I wrote about Bill, and how I helped him to visualize more easily. But I didn’t say how I did it. I used one of his existing strategies.

In this article, we’ll take a look at a simple way to help a person apply a strategy they use in one context, to another context.

Bill told me that, even though he’d been to seminars with many of the leaders in the field of hypnosis and NLP, when he’d been doing exercises in all these classes, he had a hard time visualizing. How did I help him visualize?

I asked him some questions about his life. Even though Bill came to me for help visualizing, he had two occupations in which he regularly easily used his visual imagination. Bill was a painter, and helped design buildings (I’ve changed the occupations slightly, as to protect his identity. But let me assure you they were highly visually-dependent occupations).

I was looking for contexts in which Bill already visualized easily. He had the skill. And that’s the way it is most times. People who have a fear of public speaking have the ability to feel calm when they’re knitting (perhaps), or fishing on a calm lake. Part of our job as hypnotists and NLP practitioners is to help them transfer that ability to where it’s needed most; whether that’s speaking in public or visualizing. Capiche?

Sometimes, you just need the feeling. You can grab an anchor for calmness and toss it into the context of public speaking, with an anchor collapse. You can hypnotize them and regress them to a time when they were nice and relaxed. Then you can suggest, “Every time you are about to speak in public, this same feeling of calmness flows into every cell of your body. You remain calm all the way through your talk.”

NLP, hypnosis, whatever. One way to get the job done is to get that resource emotion into the context in which it will help.

But sometimes, a strategy is the best answer.

A strategy is simply a chain of thoughts, that lead to a particular outcome. In NLP, we go into further detail to say that thoughts can be visual or auditory (as well as smell/taste) and typically lead to feelings.

We make further distinction about the qualities of those thoughts. Mental imagery can be bright or dark. Sounds in our mind’s ear can be loud or soft, harsh or mellow. We call those qualities submodalities, and they can dramatically affect the kinds of feelings we have, and thus our performance on a task.

A simple strategy for motivation might be to picture the outcome we want (with submodalites that motivate us), say “Go for it” (in a motivating and confident voice), feel a motivated feeling, and take action.

So sometimes, we want to install a strategy in order to get to a higher level of performance.

Find A Strategy That Includes What They Want To Do

So, I asked Bill about some other things he did in his life. When he mentioned painting, my interest was piqued. I asked him to mentally go to a time right before he started a painting. Keep in mind, that his strategy for paining probably involved visualizing. I asked him how he knew it was time to actually put the brush to canvas. He said, “I think about what I want to accomplish, and I say, ‘Get it done, Bill.'”

Now, I suspected Bill was visualizing the finished painting when he did that. I could have unpacked his strategy to make sure. Instead, I just tried something. I asked him to visualize me, sitting on top of a black file cabinet that was in the room. When I asked Bill how I looked, he said, “Like an amorphous blob.” I’ve been called worse.

I directed Bill to remember the feeling of a time when he was about to start painting. Then he was to look at the ‘amorphous blob’ of me and say to himself, “Get it done, Bill. Visualize him.” Bill followed the instructions. He said “Oh”, and told me the visualization had cleared up and he was now able to visualize. It was that simple.

Now, when I told him to say that piece of internal dialogue to himself, I used the same tone of voice and inflection that he had, when he told me about what he says to himself. Why? Because that was his ‘get it done’ tone. I figured he believed it. That submodality of tone may have been important in generating the right feeling.

I had Bill practice visualizing several things, each time going through the feeling and the piece of internal dialog. After a few rehearsals, I asked him to visualize something and he did it easily, indicating there was a good chance he’d adopted the strategy as an easily available, automatic resource.

Sometimes it’s good to build a strategy from the ground up. It’s often easier and more convenient to find strategies that are already working in another context, and apply them to the problematic situation. Lazy means I’ll look for the easiest solution — one that already exists!