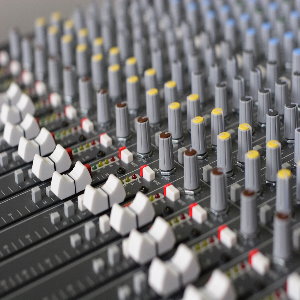 Negative Self-Talk Defeating You or Your Clients? Here’s an easy, practical fix.

The auditory swish pattern is used specifically to deal with internal sounds that people have in their minds. For instance, recently, I was thinking about doing something and I noticed some negative self-talk coming is saying “Ah, you can’t do that. You don’t have the skill to do that. That’s going to be a lot of hard work,” etc. I immediately said “OK,” this is something I can use the auditory swish pattern for.

It’s great to use on your own negative self-talk or other internal sounds that bother you. Or, of course, you can use it to help your clients.

Whaddaya Want? (Getting a Resource State)

One of the important parts of any NLP or hypnosis session is to find out what the client wants. As an example, let’s take the case of someone who wants to exercise, but they have negative self-talk about how hard it’s going to be. In that case, you might say…

Therapist: “What do you want?”

Client: “Well, I want to exercise.”

Therapist: “What if you could wave a magic wand, what would that feeling be that would be the optimal feeling for you to get you to exercise?”

Therapist: “Has there ever been a time in your life when you’ve felt energized, motivated and compelled, in just the way that you want to be to exercise–but in another context somewhere in your life?”

Client: “Yeah. There was a job opening and I saw it and I just knew I wanted to have it so I just went for it.

So, you associate the client into that time and say to them “Now what kind of internal dialog is going on? What are you thinking about when you’re thinking about getting that job?”

For me, the voice is a strong, motivated, excited voice saying something like “Wow, let’s go, that sounds great!”

So, here’s how to do the auditory swish.

You start out with a little virtual mixer in your mind. You have a couple of sliders (volume controls) that slide up and down. The slider that’s up right now has got the old voice or sound on it–the one you want to change.

The new voice is on the other slider (it’s turned down currently). That’s the motivating voice.

The start from the beginning again. Start with the old voice up again and do it again–more quickly this time. You do this a few times, always starting back at scratch, until when you think about exercising, (or whatever the goal is) even if the old voice starts, the new voice automatically comes in.

You might just be amazed at how powerful this is because, it can be that voice that creates the feeling. It’s the feeling that either motivates us or stops us from doing something.

We can work with images too. We’ll show you how to do the visual swish pattern in another hypnosis/NLP tip.